Skin test for Parkinson’s and Alzheimer’s

There is always a new study, research and trend in the medical field that will help the community at large. Medscape posted an amazing discovery on a new skin test for Parkinson’s and Alzheimer’s.  The study was done at the Universidad Autonoma de San Luis Potosi and Hospital Central, San Luis Potosi, Mexico. They found that skin biopsy specimens from patients with Alzheimer’s and those with Parkinson’s had significantly higher levels of “tau protein (p-Tau)”. These were comparing the same skin test for those that did not have the diseases and for those with nondegenerative dementias. Additionally, they saw those individuals with Parkinson’s had higher levels of “α-synuclein protein (α-Syn).”

Medscape Medical News posted that “There is now solid hope for a complementary test for the diagnosis of neurodegenerative diseases in living subjects, which can be done in a standard pathology lab in hospitals and clinical laboratories around the world,” noted by lead researcher Ildefonso Rodriguez-Leyva, MD. They added in the article that “down the road, Dr Rodriguez-Leyva expects that neurologists will routinely order a skin test to formulate a differential diagnosis among several neurodegenerative diseases, including Parkinson’s and Alzheimer’s disease.”

The findings will be presented at the upcoming 67th American Academy of Neurology (AAN) Annual Meeting in April.

Finally, the article for Medscape Medical News, “Daniel O. Claassen, MD, assistant professor of neurology, Vanderbilt University, Nashville, Tennessee, said the study adds to the growing body of data showing that protein aggregates linked to neurodegeneration are often found outside the central nervous system. “Why they are there, and how accessible they are for identification, is still not entirely clear,” said Dr Claassen. “However, these findings have the potential to improve diagnostic accuracy. Larger multicenter replication studies are needed.” 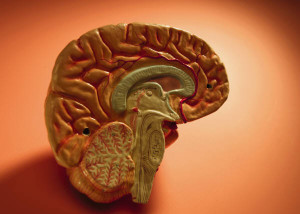