There has always been the debate of whether violent movies and aggression were or are related in individuals’ behaviors. Linda Carroll published an article online on the results of a study. In general, the results show that in fact there is an increase of violence BUT only on those individuals that were already prone to violence.

The study comes from Alia-Klein associate professor at the Friedman Brain Institute and the Icahn School of Medicine at Mount Sinai Hospital in New York City.  The article mentioned how they not only studied the brain but the importance of personality, Alia-Klein and her colleagues rounded up 54 healthy men, some of whom had a history of getting into physical fights, while the others had no history of aggression. The researchers scanned the volunteers three times: doing nothing, watching emotionally charged video and viewing a violent movie. 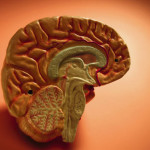 “It wasn’t the whole [violent] movie,” Alia-Klein said, “just the violent scenes, one after another after another.” Along with the brain scans, the researchers monitored blood pressure and asked about the viewers’ moods every 15 minutes. While the two groups of men responded similarly when watching the emotional video, their brain scans and blood pressure readings were strikingly different as they viewed the violent scenes. The non-aggressive men’s blood pressure rose and the orbitofrontal cortex, an area of the brain involved in impulse control and decision making, sparked brightly.

The aggressive men’s brains were much quieter and their blood pressures either stayed the same or in some cases dropped a little. Linda Carroll noted that to Alia-Klein, the blood pressure readings meant that the aggressive men were not disturbed by the violent scenes they were viewing. And the lack of activity in the orbitofrontal cortex meant “they weren’t engaging the part of the brain that would say, ‘this is bad.’ It could be because this is congruent with their personalities, that it’s part of their ‘normal.’”

She speculates that the impact may be to enhance the aggression that is already there. “At the right time, when they become violent, they may act out some of the ideas they have seen,” Alia-Klein said. “The movies may offer them ways to kill or aggress.”

Other professionals agreed and included interesting explanations and correlations with these results. It is then easier to make informed decisions on what to watch or even let children and teens watch.